Note: I was not paid or compensated in any way for the following article.

Recently I explained the reasons why endemic esports organizations were so hesitant to sign a professional Heroes of the Storm team. We talked about the complex revenue streams of organizations like Cloud9 and Counter Logic Gaming, and why the current state of HOTS isn’t so attractive to those organizations. Ironically, that discussion topic was requested by Team Zealots’ own Mopsio. On Monday, Team Zealots announced that they had been signed by the newly minted Wish Esports.

Wish is not a name any hardcore esports fan will know from another game. Instead, it is an online shopping platform following the path first laid out by Roll20. Originally, this article was simply going to be an analysis of what this new trend in HOTS sponsorship means for the future of the HGC, and esports as a whole.

However, one of the newly signed Wish Esports players, Granpkt, was kind enough to answer a few questions about their new organization.  Don’t worry, you’ll still get my thoughts on the matter. This is too huge to ignore, and I know you all really come here for my incredible insight into the world of esports, and not because I get exclusive interviews with HOTS pros. Glaurung interview in the Roll20 series coming tomorrow, by the way.

Thoughts from the Source

So, here’s how this’ll go down. First, you’ll get my Q&A with Grankpkt, and then I’ll share some info I was able to gather regarding Wish and their connection to the Heroes scene. If you want even more content than that, you’ll get my thoughts at the end. With that out of the way, here’s Granpkt on his shiny new team sponsorship.

Me: How did the team become connected with Wish? Had any of you heard of the Wish App before the sponsorship talks began?

Granpkt: They reached out to us through Reddit after watching us since the crucible and were fans of us since then, they decided it would be a great idea to launch the esports side of Wish with us. Some of us have heard of Wish.com before and have looked around it a lot since our first time being approached by Wish, and like using the platform.

What made this the right sponsor for the team?

G: We have been in talks with quite a lot of different organizations, but pretty much what lead us to sign with Wish was the enthusiasm and the confidence they are putting in us. Another huge factor was that since they currently sponsor the LA Lakers, it made us think that they would be a lot more professional than the rest, and so far they definitely have been.

What does having a sponsor mean to you and the team?

G: It’s a huge deal for us, we have wanted to find not only an organization, but a home since we joined HGC and all of the waiting has finally paid off. We are so happy to represent them and know this is the step in the right direction to do well in the playoffs and moving into 2018. 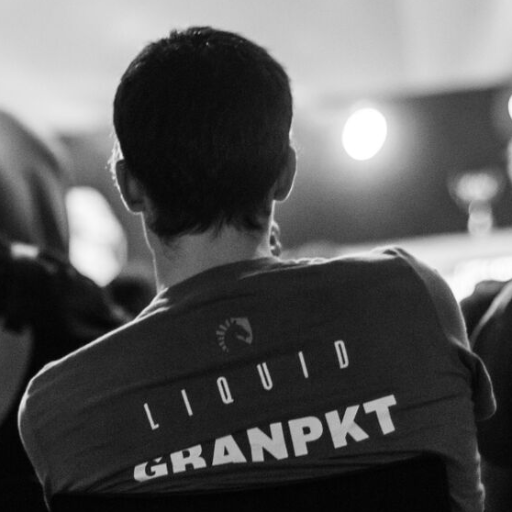 What resources will Wish provide to help the team?
I can not tell specific things obviously, but they are supporting us very well. They are giving us everything you would expect from a great sponsor.

How many Wish puns can we expect from the team over the rest of the season?
Haha, I hope it will be at least once a week, else I would be disappointed, I can only Wish it ends quickly!

Anything else you’d like to say to Zealots fans?
I just want to say thanks to all of those out there who have been supporting us since Open Division. We wouldn’t be where we are today without you and I hope they keep cheering for us in the upcoming matches! As well as that, check out Wish.com, it’s an awesome place to shop and a lot of fun!

Thanks so much to Granpkt for his thoughts. Give the man a Twitter follow, and tell him how much it hurt me to have his punsmanship live on my blog. I was also able to get a bit of information from Wish regarding their side of the arrangement.

Wish was interested in Heroes do to a pre-existing affinity for the game. What’s interesting is that the company is based in California, but they were excited to sign an EU team. It turns out that a bulk of their customers are from Europe, so having a foothold in the EU HGC meant a unique connection to that part of their customer-base.

The team are being paid salaries, and have also been given some credit on the Wish platform to purchase themselves potential equipment upgrades or shiny new toys. The company is also partnered with the Los Angeles Lakers, and apparently a trip to the states to see the Lakers play could be in the team’s future. From my conversations and research, it’s clear that Wish wants to build a brand with a foundation of competitive success, while also connecting with the community.

The representative from Wish was a pleasure to work with for this article, be sure to follow the team’s official Twitter for updates.

What Does It All Mean?

I freaked out a little bit when this announcement hit the Twitterverse. As I have said before, Blizzard games are tough for endemic esports teams to get behind. Heroes has a very small LAN component and very little supplemental esports content. Many of the top figures in Hearthstone don’t actually compete in tournaments. Most teams were forced to release their Overwatch teams and abandon the game completely due to the Overwatch League. Heroes of the Storm is just hard to break into, and tough to generate revenue from unless you’re already successful and sign a team that’s a mortal lock for Blizzcon.

There are now three teams that have completely circumvented all of those challenges. Roll20 has already transformed the HOTS community. We saw Bloodlust rewards involving tabletop gaming and several top players began streaming a DnD game. Recently, the first Open Division team to receive sponsorship came from an unlikely source–HeroesHearth. Two is a coincidence, but now with the addition of Wish, there’s a pattern happening and I couldn’t be happier.

These companies created an incredible organic marketing campaign. Every week we’re hearing their brand mentioned again and again on a stream with tens of thousands of viewers. If their team qualifies for Blizzcon, that number grows to the hundred thousands. For Roll20 and Wish, their targeting their ideal demographic–tech-savvy young adults. HeroesHearth is literally advertising to every potential user of their platform.

These corporate sponsors also simplify the revenue stream. Esports organizations are essentially middle-men between esports fans and companies that want to sell stuff to fans. They need to build a fansbase specifically for their teams in order to attract sponsors. Wish and Roll20 have cut out the middle man, and are reaping the benefits. Instead of just having their logo on a jersey and a stream overlay, they get constant mentions on Twitter, Reddit, and the official HGC stream. Even when their team isn’t playing, they still get mentioned in previews, recaps, and analysis segments.

These teams will also reap huge benefits from expanding to other games. There’s very little overlap between hardcore fans of different esports genres. If Roll20 sponsors a Counterstrike team, they’re marketing to a completely new subset of their ideal demographic. If Wish decided to pick up a Smash 4 player, they’d easily grab an additional 30,000 site views just on the day they announce the signing. This is huge for the teams that are still unsigned in the HGC. They now have a successful pattern to point to when approaching potential sponsors. Instead of chasing Renegades, Srey and the other Superstars should be trying to find contacts at other online service platforms. Personally, I’m down for Team OkCupid.

Now, I know some people will have huge concerns with this trend. Corporations running sports teams just feels like something out of a post-apocalyptic sci-fi novel. However, corporations already run all your favorite esports teams. Fnatic can’t operate at the level it does without corporate sponsors. Esports orgs are heavily influenced by companies like Logitch and HyperX. This way, the companies are directly paying salaries and benefits to your favorite players. Things like 401ks and health insurance become so much less challenging–these companies already give that to their regular employees. 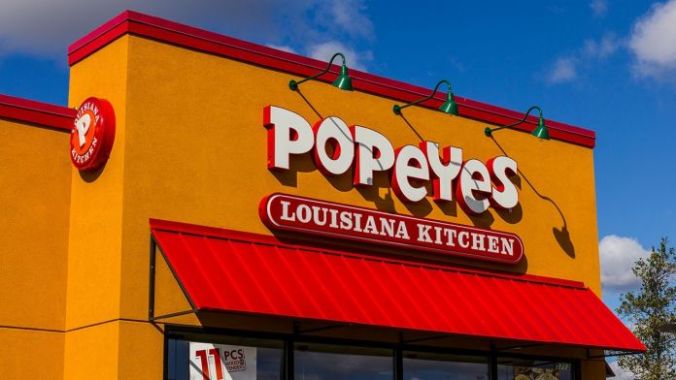 “Sure,” you say, typing furiously, “but aren’t team names gonna start sounding really stupid? I can’t see myself rooting for Team Popeye’s Chicken.” First of all, Team Popeye’s Chicken has my undying support, and I will buy that T-shirt tomorrow. Second, is that really any weirder than Team SoloMid? There isn’t even a solo middle lane in HOTS. Heck, some maps don’t even HAVE a middle lane. If it means that my favorite players have a retirement account and a living wage, they can call themselves whatever weird name they want. I’ll cheer my head off for team MonkeyBananaFarts if it means BKB has a dental plan.

Ultimately, remember that every league in esports is still owned by the developer. The whole point of esports at this stage is to advertise the game. Literally the entire purpose of the HGC is to get you to buy a loot box, or play a few extra hours a week. Blizzard won’t allow any corporate shenanigans that negatively impact their league, or its ability to sell Li-Ming skins. To me, this is an incredibly exciting trend. If these teams see success in Heroes, it could completely change the landscape of young esports scenes. It could change the way top players approach their professional career, and ultimately bring more money into under-developed games. Wish Esports has made me more excited for the future of esports than anything in a long time. I cannot wait to see where we go from here.