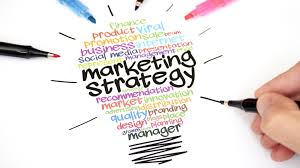 In the past, we’ve touched on the marketing struggles of Smash 4. Today, I want to go a bit deeper on a specific trend I’ve seen. It is my belief that this core, philosophical paradigm is at the root of Smash 4’s stagnation. We’re going to talk about where smash 4 is going wrong, why we don’t see the same in Melee, and how to solve the problem. Strap it down, because we’re getting into some high level marketing tech today.

First, let’s define the concept of “reactionary marketing”. Essentially, this is when a tournament just copies what is popular right now. We saw this with the over-abundance of crew battles over the last year. Crew battles were really hype and brought in tons of views early in 2016. Because of this, all other TOs wanted a crew battle at their event.
Frostbite was built entirely around it’s Japan vs USA crew battle, and that was decided back in October. By February, we had seen USA vs The World at Zero Saga, the round robin at Genesis, and a dozen more. People were sick of crew battles, leading to very little hype or marketing around the Frostbite crew battle which was supposed to define the event. Had Tsu not made his run, Frostbite would have been just another tournament with nothing special about it.
We see the same thing in how tournaments are seeded. Tsu being seeded 2nd at FPS2 was laughable when looking at competitive integrity of the event. However, because he was the most talked about player for the past month, the organizers tried to engineer a repeat of Frostbite.
It is perfectly natural to copy what you see working elsewhere. However, there are a number of issues with this reactionary strategy in Smash 4. First, most tournaments are planned months in advance. What’s popular today will likely be played out within the next 3-6 months. Further, players are notoriously inconsistent in this game. Outside of Zero, you cannot build an event expecting certain players to succeed. This is why the crew battle at Civil War is so brilliant. The event is not built around Zero and Ally meeting in bracket. They have set up an environment where 2GG controls all the variables around their central storyline. They’ve made lots of other mistakes in the marketing of Civil War that we can talk about later, but in this one area, they have done better than anyone else.

While on the topic of 2GG, let’s talk about how to do reactionary marketing well. 2GG in 2016 was excellent at this. They built each saga around a specific player. However, the event wasn’t just about watching that player win. It was a celebration of them as a character in the smash community. There were round robins for their main that highlighted unique characters like Falcon and Mewtwo. Each saga’s logo was about the player and their character. The stream overlay was unique for each event and fit with the theme. This sort of theme only works if the player is popular at the time of the saga. It’s the definition of reactionary marketing, and it worked like a charm.
Let’s look at Frostbite again, and see how reactionary marketing could have been turned into a proactive strategy. From listening to The Set Count, we know that Vayseth’s inspiration for Frostbite 2017 was to increase our awareness of Japanese players and their strength. He observed that there was a growing interest in players like Kameme and Ranai. As such, he wanted to bring a crew of Japanese players out to battle against America’s best.
So, we have a clear goal for this event–introduce the average smash fan to some of the hidden bosses of Japan. However, looking again at Frostbite, nothing about it shows that as the central theme. The logo has nothing to do with Japan. From the stream overlay and brand design, Frostbite just looks like a tournament happening somewhere cold.
Now, let me quickly clarify that I loved Frostbite. It was an awesome tournament, and it was a big success for Smash 4. I’m simply using it as an example because it happened recently and works as a clear template.

With that said, let’s look at how a proactive marketer might have planned for Frostbite. First, ideally the name would have been completely different. Something that conveyed the theme of highlighting Japan. If the event had to take place at Frostbite, then there should have been a tagline. Frostbite: The Rise of Japan or something. The logo would be changed either in design or color to reflect that this event was all about these Japanese hidden bosses.
Everything about the announcement and initial marketing would be about making absolutely certain that all compendium goals for these players were met. Then, the call to action would change. #CometoFrostbite would be about so much more than friendly setups and side events. It would be about testing yourself against Japan’s finest. Getting to play friendlies with players you only see at majors, or those that never travel outside Japan.
After initial announcement and call to action, you would begin to build the threat. You’d get Zero on skype to interview him about each of these players he battled when he was in Japan. Highlight videos would be released of these hidden bosses doing incredible things. Conversations on reddit would be created comparing American character specialists to their Japanese counterparts. Is Day as good as Tsu? How does Shuton compare to Dabuz on Olimar? Why can’t American Greninjas do what Some can? Leading up to the event, everything would be about getting to know these players. For the 12 days leading up to the event, each player would get a written profile to accompany their highlight reel. We would learn about their competitive history and career highlights. We’d learn about their hobbies, their favorite anime and manga, etc.They would tell us which players they are excited to defeat or battle in America.

Suddenly, Frostbite has the same immunity to crew battle fatigue that Civil War has now. It isn’t just another themed crew battle–it’s the coming out party for Japan’s hidden bosses. With a clear theme and an emotional connection to these players, we can more easily appeal to casual viewers. Even if they don’t play smash, every high school anime club can get immediately invested in our theme, and we market directly to them. We’ve appealed to a current trend in Smash, while creating a clear, central theme that still provides something new. Even if people get bored of crew battles, Frostbite is suddenly about so much more.

When planning an event, don’t just try to copy what’s happening today. Think of a clear, central theme and build around it. If you want to do something that’s popular now, how can you protect it from getting stale? What will happen at your event that I will not experience anywhere else? By thinking more about marketing at the planning stage, you not only encourage attendance, but build hype with a more mass appeal for your stream audience.

2 thoughts on “Reactionary Marketing in Smash 4”